First impressions matter: whether you are looking at facial expressions, gestures, or just general appearance, people are quick to form judgments about others. Many researchers have studied nonverbal expressivity, or the human ability to express internal emotions or feelings without using verbal language. Facial expressions are a key form of nonverbal communication, especially in making a positive first impression. 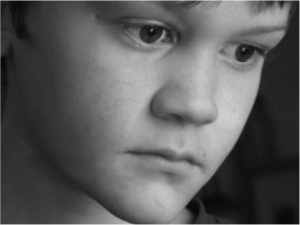 A common symptom in individuals diagnosed with autism spectrum disorders (ASDs) is the inability to read facial expressions or pick up on subtle social cues, making it difficult to connect with others. Research studies examining expressivity in children with ASDs also find patterns of flat affect and bizarre facial expressivity. Flat affect refers to a lack of emotional reactivity, meaning any sort of facial animation or expressive gestures are very minimal.

While flat affect is well documented in the field of autism, a recent study conducted at the University of London examined the influence that this poor expressivity can have in terms of forming first impressions.

After watching, the viewers were asked to give friendship ratings of all the children in the videos. Results indicated that the children formed an impression of the video subjects with ASDs in as little as 30 seconds. Viewers rated children with ASDs lower on nearly all measures of the friendship scale in comparison to the typically developing peers. For example, viewers indicated they were less likely to want to be friends with these children, less likely to want to play with these children. Viewers also rated theses subjects as less trustworthy.

This study determined that even when exposure time is brief, impression formation is less positive towards children with ASDs. Unfortunately, the results of this study are not heartening. Children with ASDs struggle socially, and it is likely these negative first impressions are contributing this peer rejection. These findings should be considered and used to create thoughtful strategies to help remedy this problem.

Specialists should consider the importance of first impressions and focus on improving facial expressivity in individuals with ASDs at a young age. In addition, schools should make a dedicated effort to educate typically developing children about autism and associated symptoms. Educating these children and increasing awareness will hopefully encourage a more thoughtful first impression formation process.

This is one of many of The Autism Research Foundation’s goals. We provide many awareness programs in the community in hopes of improving the quality of relationships in individuals with autism. To learn more about some of these programs, click here.