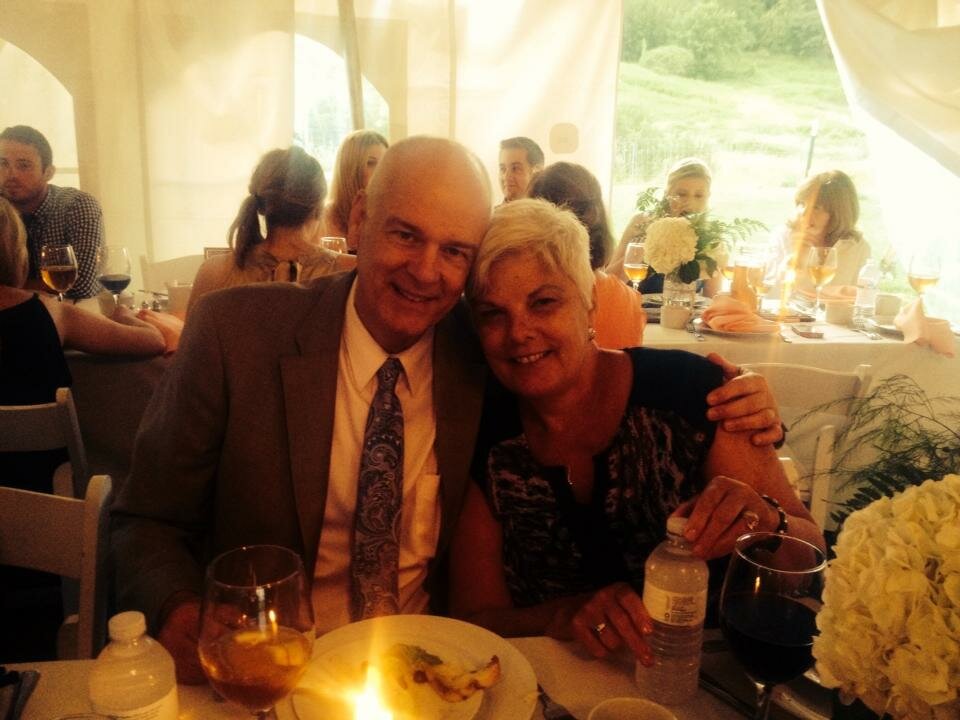 Would you believe it if your grandparents promised to walk across America to bring awareness to autism?

For Jackson, Elijah, Quinn, Grace, Nola, Addie and even baby Max, thinking Mema and Pappy were going to walk all that way — 2437.7 miles to be exact — seemed crazy. But it’s true!

Dan and Mary Beth Reardon, fondly known as Mema and Pappy, are taking off on a great adventure to meet families, therapists, doctors, teachers, mentors, and, most importantly, the individuals who experience autism in all its forms everyday.

Their goal is to document their journey — backed by the idea that “you don’t know someone until you walk a mile in their shoes” — and share it with the rest of the “typical” population that needs to understand the growing and changing needs of the autism community so that they can be positive changemakers not just for people with autism, but with people with autism.

Their secondary goal is to promote inclusion programs, such as Athletes 4 Autism, by raising $50,000 along the way. These funds will be used to open up more free, seasonal sports clinics across the United States. How awesome!

You have to check this out for yourself. See the video and share their fundraising page here: www.gofundme.org/thewalk

Since I first figured out that my sisters were different, I knew that there would be times when other, typical kids wouldn’t understand. I feel extremely lucky that my parents explained to me on multiple occasions how to deal with the hurt that comes from the teasing and bullying of Emma and Olivia from their peers, even strangers.

Even though I had this ingrained in my head, it still came as a shock to me when grown adults had the audacity to say something mean, not just rude, about or to my sisters. It would hurt to the point where I would cry to my parents because I didn’t say something, and felt like I wasn’t doing the right thing for my sisters. There was one particular situation that will always stick with me for the rest of my life.

When I was in high school, I drove my neighbor Hanna* to school when I got my license. She was much younger than me, so she enjoyed being able to talk about all sorts of things before we got to school. She was just out of middle school and loved my sisters. She had been in the same middle school with them for a few years after I was. One day (I don’t remember how), we got on the topic of how I felt when Emma and Olivia were teased.

She started telling me about one day when she was in Spanish class with Ms. Torres*. Ms. Torres was one of the meanest teachers I had ever had in my entire life. She not only told people in my class personal information about my life, but also made me cry when I told her about it in privacy.

Hanna began telling me that on this day, my sisters were being wheeled in their chairs down the hallway by their aids, and were repeating something they had heard in a movie or on YouTube. Whatever the girls were repeating, it called for them to be loud. Not ones to be shy, they were yelling whatever it was that they were repeating that day. Hanna was in Ms. Torres’ class down the hall, and when Ms. Torres heard the yells, she jumped, rolled her eyes, and laughed sarcastically with the kids in the class. Hanna also mentioned that she said something along the lines of “Well, that’s annoying.”

Now, maybe some would think, “Okay, she was just trying to avoid the situation or lighten the mood,” but I knew this teacher too well to kid myself. She truly thought that it was annoying, and was not about to explain to the class what the noise was or who it was coming from, because that wasn’t who she was. She was a mean lady, and I knew she didn’t “approve” of my sisters.

Later on that day, I told my mom the story. My mom knew about the times in middle school that this teacher caused me grief, and had to speak to her on multiple occasions. She didn’t have much of a reaction – she kind of just shook it off and that was that. I was so mad! I asked her why she didn’t go down to the school and say something, or even call or email this evil lady! What kind of example is that to all of the other kids in the class?

She told me it didn’t hurt her, and people like Ms. Torres would never hurt her, because she knew that these people probably have just has much hurt in their lives as I was feeling at that moment. How were we supposed to know if she was going through a rough time in her life? How was I to know that she didn’t feel this hurt on a daily basis?

My mom did end up saying something to the guidance counselors and the principal, but didn’t make it her job to go and get angry with Ms. Torres herself. To my mom, she wasn’t worth her time. Administration handled it.

Although not at that moment, I came to realize my mom’s point. Even though I’d still like to go tell off Ms. Torres, I see now that people like her can’t hurt me. I have so much happiness in my life because of Emma and Olivia that no one’s comments or opinions can take any of it away.

I am a sister to two amazing and wonderful twin sisters, both of whom have autism. I am their only other sibling, and our extended family is scattered. Looking back on our life together thus far, I’ve realized that I dealt with a lot of tough, emotionally draining times without anyone who fully understood what I was going through as support. My parents of course were an amazing support system on their own, but there was no one that was in my shoes that I could reach out to for advice.

I want you to know, I NEED you to know, that I was so wrong. You are NOT, and never will be, alone. There are so many other typical “sibs” out there that are feeling the way I did and it pains me because all I want to do is be able to help and tell them that I AM HERE! We all are here. I hope this post gets to as many of you as possible.

I’ve come up with some ways we can all support one another and feel a little less lost:

What you can do right now is comment on this post and tell me ways that you think we can support each other. Ask questions, give advice, and offer an ear – let us know. Typical sibs, unite!

theautismresearchfoundationHow “Typical” Siblings Can Support Each Other01.09.2014
read more

As an older sister to two incredible, beautiful, amazing girls with autism, I am extremely grateful for the amount of support from donors that help keep The Autism Research Foundation running. Since I was able to speak and to think on my own, I’ve known that my most important role in life would be to be my sisters’ voice.

They’re unable to thank you and to let you know the level of gratitude my family and I have for any and all donations that bring life to an organization that devotes their time and energy to bettering the lives of those on the autism spectrum, but I am.

I’m able to say that research on causes and cures continues to grow because of funding from donations of all amounts.

I’m able to say that children with autism are getting involved in sports and other typical activities because of the generosity of strangers.

I’m able to say that increased knowledge throughout the world about autism has become available thanks to the love that comes from those who care about talking about it.

I’m able to say that families who thought they could never support their child with autism have new hopes and dreams created by the efforts made by a few good people.

I’m able to say that new therapies and interventions have been discovered that have brought comfort to those living with autism because of the money raised in support of brain-based research by organizations like The Autism Research Foundation.

What I can’t put into words is the amount of love that families like mine have for donors. They are what keep our hopes alive, our dreams for my sisters big, and our lives in motion.

There is nothing that I’m able to say that could describe the feeling I get when thinking about there someday being a cure-all because people that I don’t know care about my sisters enough to give generously to research efforts.

From the bottom of my heart, thank you.

To make more contributions in support of families like mine, donate here.