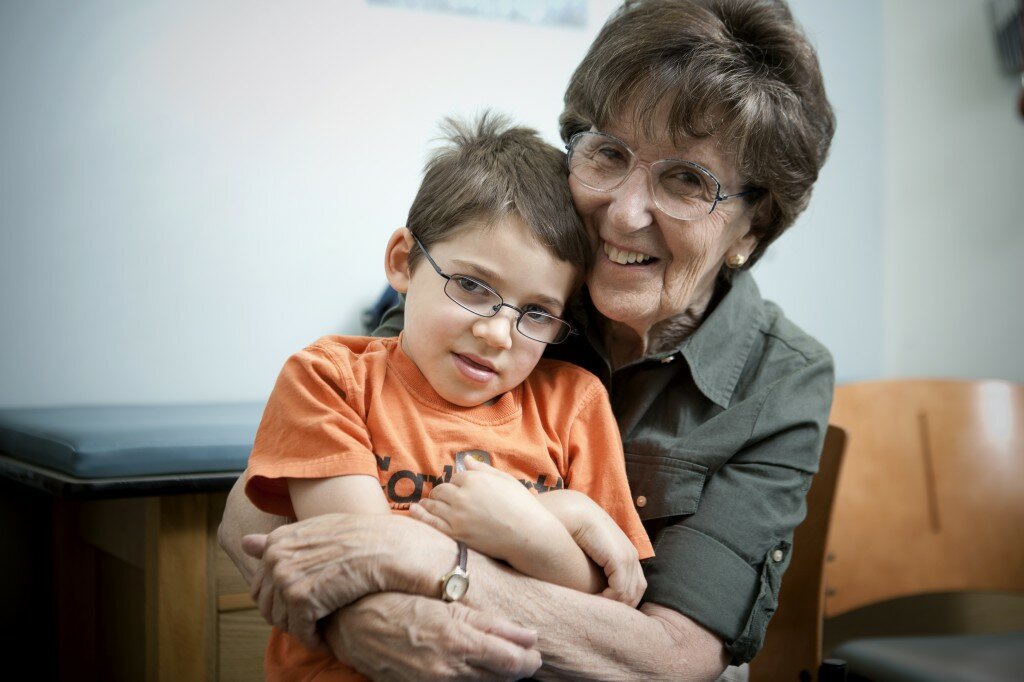 Pioneering autism researcher and child neurologist, Dr. Margaret Bauman, answers your frequently asked questions: from early intervention to adult care. Share her insight with your autism community and check back often for new discussions about improving quality of life for individuals with autism.

My button My button

Receiving an autism diagnosis can be overwhelming for you and your family, but understanding the disorder shouldn’t be. Use our autism glossary to navigate your way through reading all about the science and symptoms of autism.

Art offers any individual the opportunity to express emotions creatively and freely: a form of therapy that is approachable and affordable. Through Art 4 Autism, student artists share their studio space and lend their talents to helping others express themselves. Professional artists often choose to donate a percentage of gallery sales to help sustain this program, which is a great form of cause marketing and support of continued, therapeutic creativity in your own community.

At The Autism Research Foundation, there is something for everyone… and we believe it should be that way.

Inclusion programs engage kids of all ages and abilities in art, athletics, employment, and social events that encourage respect and appreciation for each other’s differences. An inclusion program can have positive impacts on learning and development, as it often leads to long-term social and academic success.

At The Autism Research Foundation, we believe that there is so much to appreciate in each individual autism spectrum diagnosis. Every kid has his or her own pattern of growth that requires different learning strategies. With the addition of an inclusion program, we can celebrate these differences in a way that brings everyone together.

The inclusion programs listed below are just the first of many ideas that The Autism Research Foundation believes will be successful and helpful for the autism community. To learn more about each individual program, please click on the appropriate area below.

On March 20th, 2013, the U.S. Department of Health and Human Services issued a National Health Statistics Report, which estimates a significant increase in the prevalence of Autism Spectrum Disorders (ASDs) in a representative sample of the United States (taken from approximately 100,000 random telephone surveys). This 2011-2012 phone survey was an update to a prior survey taken in 2007, which had a similar number of participants.

The shocking report delivered by this recent survey states that the estimate of ASD diagnoses has now significantly increased to approximately 2% of U.S. school-aged children (ages 6-17 years), from the prior 2007 estimate of 1.16%, which amounts to approximately 400,000 additional children with ASD.

Over the last decade, many have become alarmed by the possibility that increases in the prevalence of ASDs are due largely to environmental factors (such as chemical exposures, including airborne and food borne teratogens, as well as vaccines). A handful of environmental chemicals have been analyzed for their association with ASD diagnosesand inspected biologically to determine their propensity for impacting brain development, but it is important to note that the majority of chemicals that could potentially contribute to autism have not been studied yet.

It is for this reason that one must use caution when assessing the significance of any particular chemical’s association with ASDs until more expansive studies are done to compare a large number of these chemicals. Such a study is difficult and highly expensive to design and execute, and it will likely be a number of years before it will be possible to assess the relative contribution of environmental chemicals to Autism Spectrum Disorders, let alone pinpoint which chemicals might increase ASD prevalence in the population overall.

The moral of the story: As of today, no individual chemical has been found to significantly contribute to the prevalence of Autism Spectrum Disorders.

More relevant to the March 20th report, it appears that the majority of diagnoses were of children that were previously undiagnosed: milder cases that had evaded detection prior to 2007 when the previous phone survey was performed. Indeed, half as many “severe” cases were identified, but significantly more “mild ASD” cases were reported. It is for this reason that it is believed that the presence of ASD itself has not significantly increased in recent years, but much more cases are being diagnosed by health care professionals.

Therefore — at this time — environmental factors are not implicated as a major contributor to the recent increases in estimated ASD prevalence. It appears from the data that more individuals on the autism spectrum are being identified and receiving services, which is a testament to the hard work of autism awareness campaigns. There is a long road ahead in terms of further improving early diagnosis, and setting up an infrastructure to finance and develop the early-intervention programs and similarly important services that can improve the development of those with ASD.

The philosophy of a multidisciplinary approach to autism research, diagnosis and treatment services is the hallmark of The Autism Research Foundation — Learn what you can do to help TARF make these programs available.

The March 20th report indicated that the majority of new diagnoses were of males rather than females, which tells us that it is more important to investigate the physiological differences between males and females diagnosed with autism now than ever before. The question still remains as to whether the diagnostic criteria are biased towards a more masculine presentation of ASD symptoms, and/or what risk factors may affect male brain development differently to increase ASD risk in males.

Further analyses of the 2011-2012 telephone survey data used in the March 20th report are being developed. The investigators will analyze the contribution factors of healthcare systems and sociodemographics to the prevalence of autism.

The take-home message of the March 20th report is that autism is indeed more prevalent than prior thought, and as it is crucial to detect the disorder as early as possible to improve the efficacy of early intervention strategies, all children believed to be at-risk for autism (or believed to be showing early signs of autism) should be closely monitored to lower the occurrence of missed diagnoses. Furthermore, the most recent epidemiological data does not support an increased contribution of environmental causes to ASD prevalence in recent years, but further research is still required to determine what environmental chemicals may have an impact on autism risk.

Click here for a link to the original article.

Through UM-CARD, I’ve participated in research on parent-child relationships. We examined general comments and direct requests made by parents to determine the most effective way to evoke reactions from children with autism. I also spent time with children and teens diagnosed with autism spectrum disorders outside of the lab, working as a camp counselor at UM-NSU Explorers Camp, and assisting with monthly “Teen Time” events.

Through both efforts in the autism community, I have formed meaningful relationships and grown to care for the children I work with. These children are such kindhearted and loving kids, yet they are often misunderstood. My passion lies in improving the lives of these awesome individuals and I believe the best way to do so is by increasing autism awareness and education. I am excited to provide valuable education in my weekly blogs to help make people aware while also improving general autism knowledge.

I applied to intern at The Autism Research Foundation (TARF) because of their impressive awareness campaigns and cutting-edge research. The Foundation’s dedication to the cause is admirable and I am proud to be a part of the team. I moved to Boston after graduation to assist with TARF’s inclusion programs, awareness campaigns, and research. To read more about what TARF offers, click here: https://theautismresearchfoundation.org/inclusion-programs/

In addition, I will be writing an Autism Science Blog for TARF’s website. This blog will present the newest and most important science to the public in an understandable way that describes the science appropriately.  Flashy scientific discoveries are often promoted by the media in a manner that leads to misinformation in the autism community. I hope to counteract some of this confusion by providing easy-to-understand interpretations of these theories. With all of the existing autism information out there, it’s not an easy job, but I am confident I can be a great support for families of all circumstances: whether you’re navigating a new diagnosis or you are a seasoned parent of someone with an ASD.

My experiences have led me to view autism not as a disorder, but as a unique lifestyle that we should all make an effort to understand and appreciate, rather than ignore and chastise. I believe my work with The Autism Research Foundation will allow me to do just that and I feel truly privileged to be working with a dedicated staff of individuals equally passionate about this cause.

Looking forward to developing an understanding of autism with you,