During June 2012, Athletes 4 Autism was named PopChips “GameChanger Charity of the Year.” The prize? A day with local New England Patriots legend Deion Branch! Wondering how it got to this point? Let’s rewind.

PopChips game changers charity program aims to highlight a charity within the community whose efforts and success have placed them above the rest. For this particular contest, charities signed up to be considered, and went through rounds of voting to determine the winner of a day with Deion Branch. With the help of community supporters like you, Athletes 4 Autism not only landed on the list of “Top 5 Charities,” but also took home the coveted title of “GameChanger Charity of the Year.”

Deion Branch spent some time at “Athletes 4 Autism Day,” which was held in Boston University’s Fitness & Recreation Center. The featured kids and parents who participated in drills and activities with BU athletes who mentored during the school year for Athletes 4 Autism’s sports clinics. Branch came to run some drills with the participating kids, talk about his life as a professional athlete, and gave some tips on staying healthy and active.  He even showed off his favorite touchdown dance! 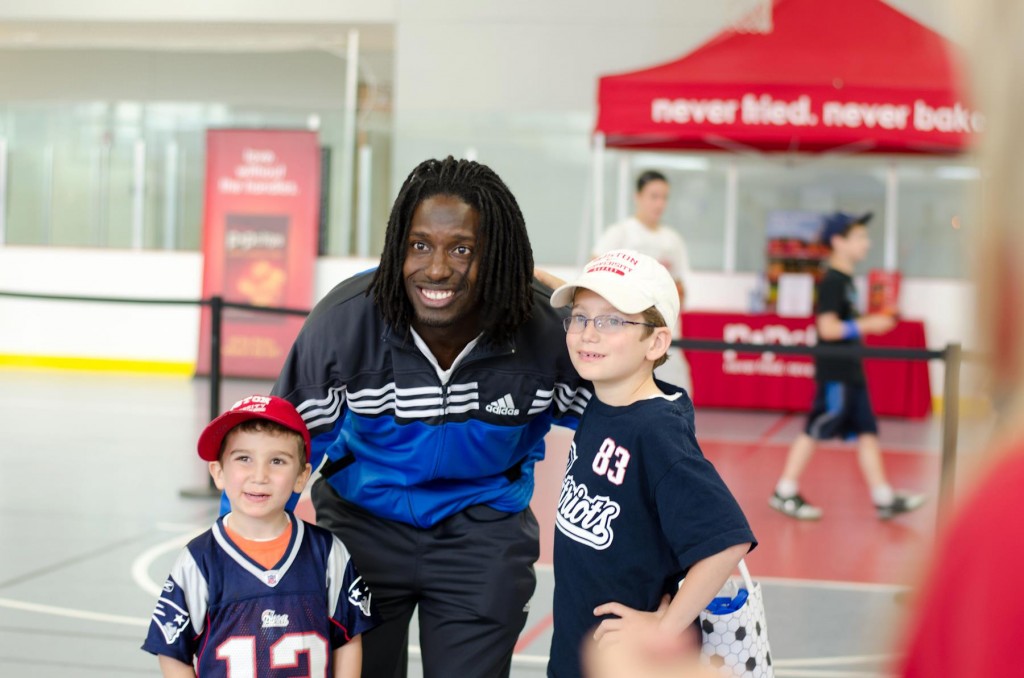 The event turned out to be extremely successful and fun for all of those involved, but it was all possible because of community outreach efforts. Simply by sharing a link and having family and friends vote to support a cause close to our supporters’ hearts, they were able to bring a professional athlete to spend a day with children who don’t always get that special chance.

Walking Across America for Autism

When People Turn into Monsters

How “Typical” Siblings Can Support Each Other